DanDan Mian (担担面) is one of the signature dishes of Sichuanese street food and has become popular all over China. Dandan refers to the pole that street vendors carry over their shoulder, which used to carry two containers, one containing noodles, the other sauce. It used to be a poor people’s dish and nowadays there’s a multitude of different versions out there.

This recipe presents you with the most basic version and lists everything that the majority of dandan mian dishes contain. I like mine with some added fresh greens such as pak choi or spinach for example. 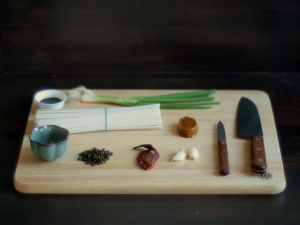